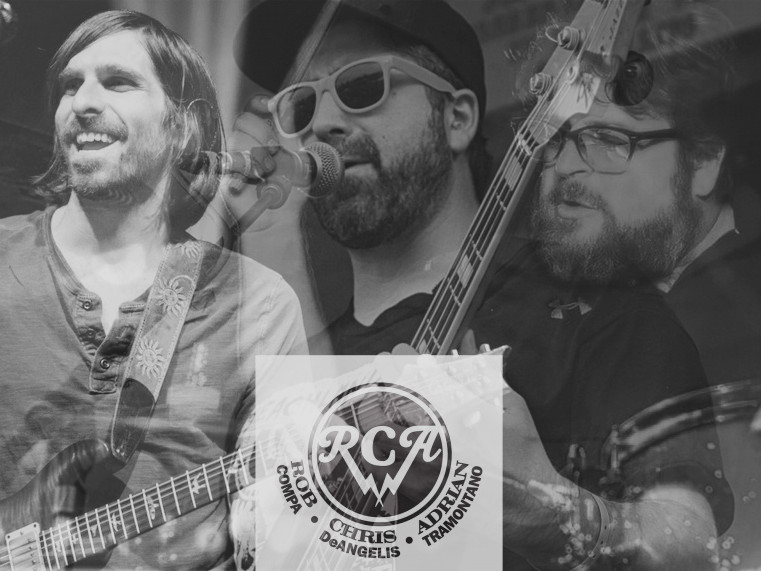 RCA-Rob, Chris & Adrian make their debut at The Station. This monster mashup of Dopapod and Kung Fu will definitely take your ears to places they have never been before!!

Very Special guests Strange Machines will start the night off!!

Time for another cup of coffee.

RCA (Rob, Chris and Adrian) is lovechild of long time Jam scene mainstays Dopapod and Kung Fu. Dopapod Guitarist Rob Compa longed to be part of a classic Power Trio, so when one of his favorite rhythm sections in the world, drummer Adrian Tramontano and bassist Chris DeAngelis, announced that they’d have some free time in 2020, the three musicians eagerly put plans in motion to play create a new project. Of course, they‘d played a handful of shows together under other monikers, but the acronym that their first names created was just too good not to use.

As far as style, Neither Rob, Chris or Adrian are quite sure exactly what they’ll sound like on any given evening. Anything can happen, but all three musicians perform at a level where they are completely comfortable getting on stage with little or no plan and still having something magical occur.

Essentially, when one comes to an RCA show, they can expect to see three musicians who are absolutely on their game every night, and who thrive on the massive respect each player has for the other’s talents and creativity.